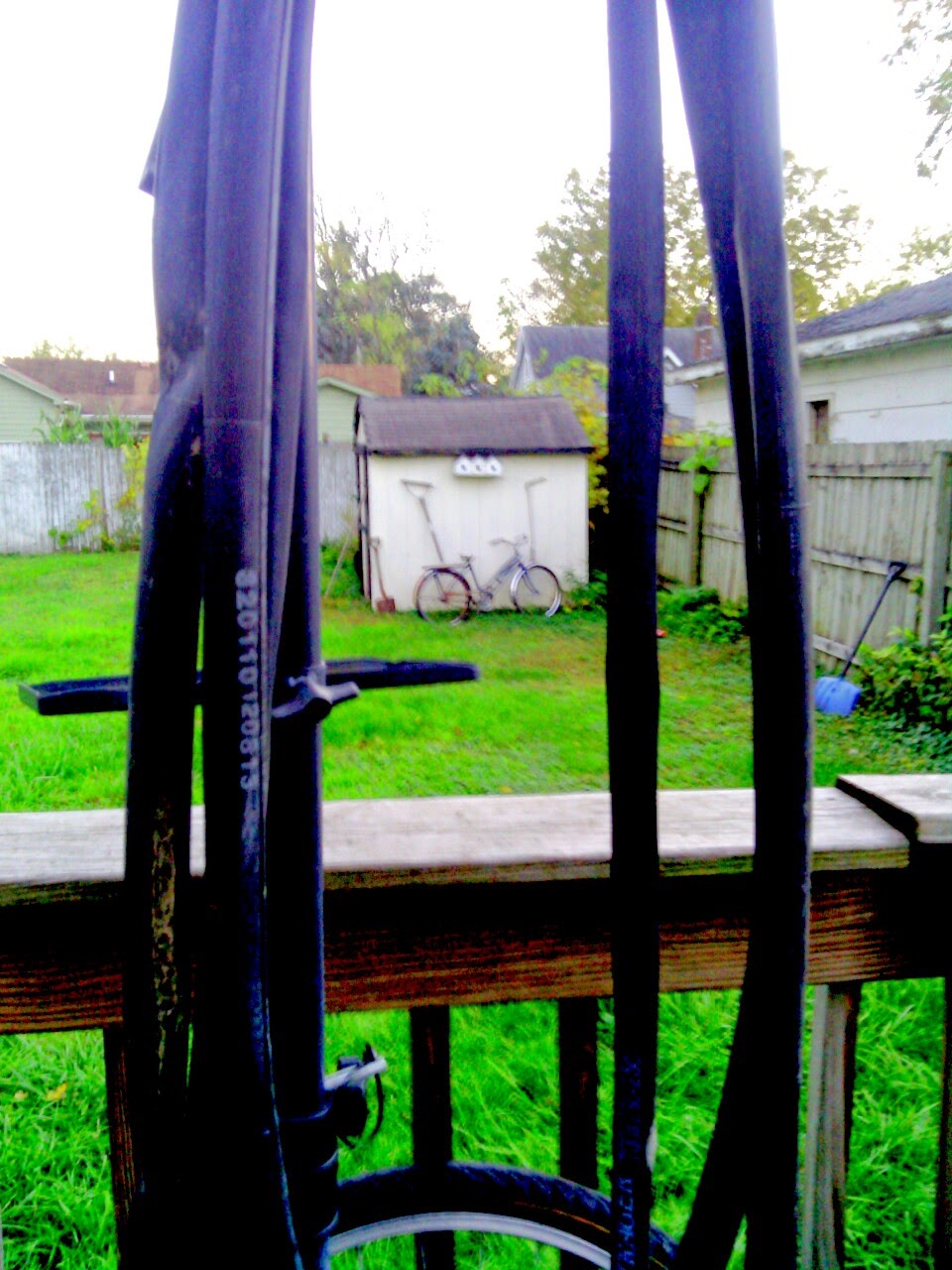 Happened today.  Grab the bike that 7 days prior I placed 68 miles on.  Barely get on to the street and I feel it right away.  Something ain't right.  Stop and squeeze the rear tire.  Low, very low.  3 choices: add air to the tire and check for a leak, change the tube or swap bikes and deal with it later.  I chose the 3rd option.

So after the ride and after I started the grill and placed the entree on said grill I grab a tube, a lever and a pump.  Place the bike on the stand and remove the ailing wheel.  I pumped it up first and looked and felt for the offender.  Nothing, nada, zilch.  Tire is holding air.  Visual and tactile inspection reveal nothing.  Leave as is or replace the tube?  Or patch it?

Let all the air out and pump up the tube again although the stem is still in the tire so i can locate the "sharp" object that punctured the tire and tube.  Nothing.  Finish removing the tube and run my thumb on the inside of the tire hoping that something will rip open my skin.  I do this twice and only get a very dirty thumb.  Once more pump up the tube and check it again.  No leak or hole to be found.

I have no passion for my hatred of those.  Microscopic punctures, slow leakers.  If I found a hole I could patch it and use it for an emergency spare.  But if not found I am left with a problem.  Do I dare trust this one again or should I go to the next level?  The next level would be to submerse the tube in water and wait for bubbles.  Not worth my tire for a 700x25 tube.

So what now?  Trash it?  Find someone that can make it into something useful?  Use it again and hope the hole becomes visible?  99% chance of trashing it.
Posted by CHE at 6:54 PM No comments:

"At Least it's Not Snowing"--PISS OFF

Every cager climate changer will look at me tomorrow and ask, "You really rode your bike today in the rain?  At least it is not snowing." With some half ass smug smile.  I really do not think they understand the difference between riding in the rain and riding in the snow.

Unless it is 100 F outside, rain generally is not welcomed to a bicyclist.  It seeps to your skin.  It penetrates through seems and almost every form of clothing except for spacesuits and Ebola gear.  And it washes the lubrication off the chain, sneaks into protected bearing surfaces such as headsets, hubs and bottom brackets.  Derailleur cables and brake cables get wet and rust too.  All the grit, and dirt from the road becomes plastered to the bike.  Not fun.  Just keep your head down and grind it out until home or whatever destination is reached.  The worst is when the temps are between 50F and 33F.  Cold and miserable.  This rain literally sucks the life right out of me.  Give me 26F and snow any day over 40F and rain.

Snow. on the other hand, is fun.  Tracks make bike art.  Snow can be brushed off ones clothing before it melts and makes one wet.  Thus, snow is less of a water hazard than rain.  Sure, snow only happens when the temperature drops below freezing but generally one is prepared for that.  The right clothing and right bike and tires and a brisk snowy day is now big deal.  And there have been days when cars get nowhere in snow but a bicycle gets you home quickly and safely and without getting snarled in traffic.

At least it's not snowing....kiss my ass! 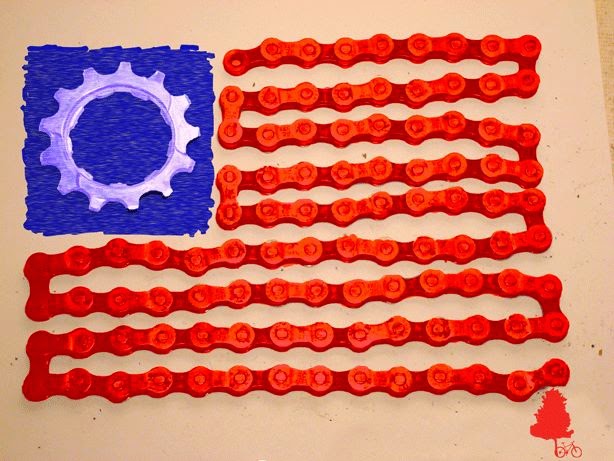 It's that time of year again when I turn off the television and tell door to door propagandist to feck off.  Election season in Iowa.  Everything from baby killers to Big Oil controlling candidates like puppets.  But I want to call out those that bitch about Big Oil--WTF are you doing about it?

Do you drive to work every day?
Do you do 99.9% of your shopping via car?
Do you own a SUV (so unnecessary vehicle)
Do you have All Wheel Drive in a State that only sees bad snow 2 months out of 12?
Do you drive to the trailhead instead of riding the extra 5 miles to get there?

It's one thing to bitch about the evils of Big Oil and another to stop sending them your money.  Or at least reduce the amount you give them. Sure, I own a truck.  Have not driven it since May.  And a gas lawn mower.  May have filled the gas can 3 times (1 gallon).  But I have driven to work once in 2014, it's now October.  I usually pick up my groceries when I ride home from work.

If we want to stop Big Oil and stop climate change we need to change ourselves.  We need to change our lifestyle instead of hoping that some great Apollo is going to be elected and do this for us.  The easiest way is to stop driving.

German philosopher Karl Jaspers examined the question of his country's guilt and complacency during the Holocaust.  He used the term "metaphysical guilt."

There exists a solidarity among men as humans that makes each co-responsible
for every wrong and every injustice in the world [this confuses man the creature
with God], especially for crimes committed in his presence or with his knowledge.
If I fail whatever I can do to prevent them, I too am guilty.”

So don't tell me about politics and all the problems with the economics when you continue to feed the beast.

I know it is not easy.  Some employment requires a vehicle.  But Just biking during Bike to Work week is lip service.
Posted by CHE at 10:02 AM No comments: