So We Passed Samuel L Jackson's Mother On A Bicycle 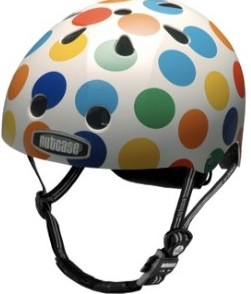 Up in the distance around a curve I thought I saw a white jacket disappear around a bend.  We were east of the golf course heading toward the 2 mile marker if it was still there.  Sure enough, once we reached the bend, the white jacket revealed itself to be a woman on a bicycle.

I scanned ahead.  No one else on the trail and we had a clear shot around her despite being a ways back.  Pour on some coal and raise our speed.  Our tires are off road tires that I purchased for a gravel ride last year.  I kept them on because they offer a more cushy ride and that is what my stoker and wife, Mary, needs as her ribs heal from her July injury.  I also keep them on because I'm too lazy to switch them out and I've spent too much on bicycles this year to purchase a proper road set when we have a road tandem that we have not ridden much this year either.  We really do not ride this tandem very often.  These tires are loud.  Kenda Big Blocks.  Wide and loud.  You can here us coming.  They roar at speed!

Move over to the left as far as safety requires and offer a greeting to let her know our intention of passing.  "Howdy!"  And then the intent, "Passing on your left!"  Of course in the kindest and friendliest manner and voice possible.  Sufficient that both greeting and intention were audible and receive we begin our pass.  ROAR ROAR ROAR the tires growled as the tandem went by her.  We take a look and smile.

She was wearing one of those Nutcase helmets colorfully decorated with Wonder Bread dots.  She appeared to be around 70+ years old and uttered one long word slowly.

We about fell off the bike laughing.  Did we just hear that??  I waved.  Mary laughed.  WTF did we do wrong?  Maybe she was on a Bluetooth phone and was distracted until we passed her?  Maybe she had headphones on and was unaware of us?  Maybe she is deaf and our presence startled her?  Maybe it was Maybelline? Perhaps her brain was cooking in that Nutcase helmet.  Good Lord, I'd only wear those in winter.  Or maybe, just maybe she was Samuel L Jackson's mother?  We may never know.
Posted by CHE at 6:22 AM 1 comment: